If you are living with depression and are looking for a mental health specialist, then contact us at Psychiatric Unplugged in Los Angeles, CA, and get treated for the symptoms like sadness, anxiety, feeling of guilt, or loss of interest by our kind and caring professional, Dr. Soroya Bacchus. We have convenient locations to serve you in Los Angeles and Glendale CA. For more information, call us or book an appointment online.

Mental health is incredibly important because, without it, we cannot fully appreciate our physical health or any other aspect of life, such as our social relationships. Many people are led to believe that their mental health symptoms are normal and nothing to worry about, which leads to an overwhelming amount of conditions going undiagnosed and untreated. Any symptom associated with mental health should be carefully considered and monitored, and if persisting for longer than a few days or causing disturbances with day-to-day life, should be addressed by a mental health professional, such as a psychiatrist.

What is considered depression?


Depression, also known as depressive disorder or major depressive disorder (MDD), is a serious condition that affects the way a person feels, acts, and thinks. It is characterized by a depressed mood most of the day on most days, a loss of interest or pleasure in activities that were previously enjoyable, a change in behavior that is noticeable by others, lethargy, and fatigue. In children and adolescents, symptoms may include irritability, anger, and a change in sleep habits. In addition to these symptoms, people with the major depressive disorder may also experience changes in appetite, weight, and habits, such as oversleeping, not sleeping enough, overeating, or eating too little. Depression can cause a variety of symptoms that range from mild to severe and can affect anyone, at any age, in any region, at any time.


Depression is an incredibly prevalent condition that affects millions of people across the world. Research shows that adolescents and young adults are the age group most likely to report having major depressive episodes, with nearly 75 percent of these individuals experiencing symptoms severe enough to interfere with their everyday activities. Among this age group, certain demographics are more likely to be affected by depression or depressive disorders, including the following:


Yes, depression is a serious condition. If left untreated, the condition can worsen, eventually leading to suicidal ideation or attempted suicide. Any thoughts about suicide should be handled very seriously and addressed sensitively; suicide is the second-highest cause of death among adolescents and young adults.

When should you go to the doctor for depression?


It is important to see a doctor for depression when symptoms are causing disturbances and difficulties in day-to-day functioning, when having thoughts of self-harm, or when self-harm has been attempted. These symptoms are very serious and should be handled delicately and approached with understanding.

How is depression treated?


There are many treatments for depression, and because it affects everyone differently, one treatment may work better for some than it does for others. The various treatment options include:

Medication — Antidepressants are often used in the treatment of depression, although many people experience adverse side effects that can affect its efficacy; therefore, other treatments that work to address the condition—rather than cover up its symptoms—are used.
Psychotherapy — Also known as talk therapy, psychotherapy addresses depression psychologically rather than pharmacologically and is one of the most effective treatments for mild to severe depression, especially when used in tandem with ketamine therapy.
Ketamine — Used in veterinary medicine for decades, researchers have discovered the positive effects ketamine can have on depression treatment. Administered under the close supervision of a mental health professional, ketamine has proven to be highly effective in treating depression.

If you or someone you love is experiencing the symptoms of depression, come to Psychiatry Unplugged for professional care. Call us today or book an appointment with our depression treatment specialist, or visit our clinic conveniently located in Glendale and Los Angeles CA. We serve patients from Los Angeles CA, Glendale CA, Beverly Hills CA, Santa Monica CA, Hollywood CA, Burbank CA, and Pasadena CA. 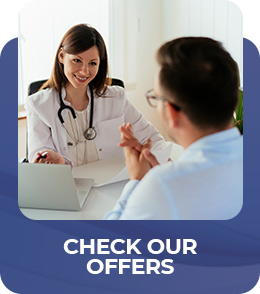 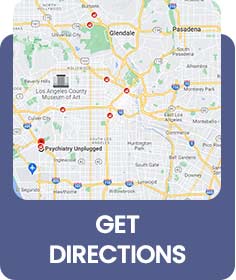 2 Locations To Serve You